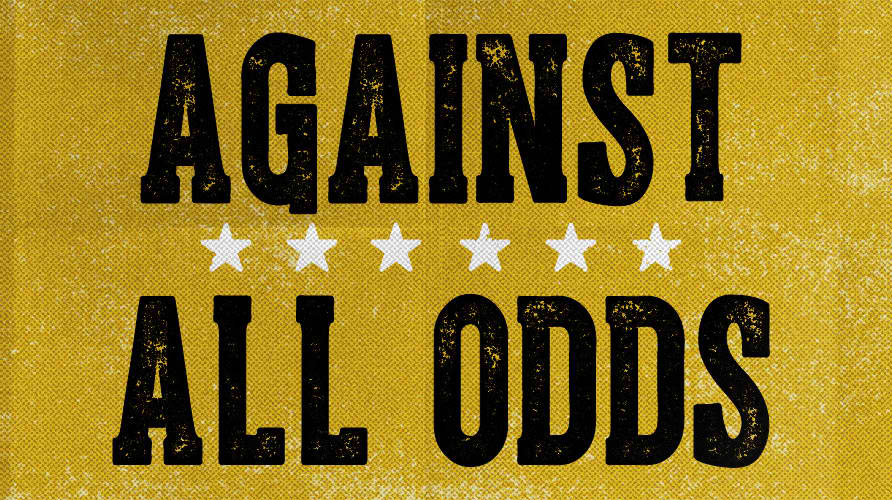 24:1 The Lord’s anger again raged against Israel, and he incited David against them, saying, “Go count Israel and Judah.” 2The king told Joab, the general in command of his army, “Go through all the tribes of Israel from Dan to Beer Sheba and muster the army, so I may know the size of the army.” 3Joab replied to the king, “May the Lord your God make the army a hundred times larger right before the eyes of my lord the king! But why does my master the king want to do this?” 4But the king’s edict stood, despite the objections of Joab and the leaders of the army. So Joab and the leaders of the army left the king’s presence in order to muster the Israelite army. 5They crossed the Jordan and camped at Aroer, on the south side of the city, at the wadi of Gad, near Jazer. 6Then they went on to Gilead and to the region of Tahtim Hodshi, coming to Dan Jaan and on around to Sidon. 7Then they went to the fortress of Tyre and all the cities of the Hivites and the Canaanites. Then they went on to the Negev of Judah, to Beer Sheba. 8They went through all the land and after nine months and twenty days came back to Jerusalem. 9Joab reported the number of warriors to the king. In Israel there were 800,000 sword-wielding warriors, and in Judah there were 500,000 soldiers. 10David felt guilty after he had numbered the army. David said to the Lord, “I have sinned greatly by doing this! Now, O Lord, please remove the guilt of your servant, for I have acted very foolishly.” 11When David got up the next morning, the Lord’s message had already come to the prophet Gad, David’s seer: 12“Go, tell David, ‘This is what the Lord has said: I am offering you three forms of judgment. Pick one of them and I will carry it out against you.’” 13Gad went to David and told him, “Shall seven years of famine come upon your land? Or shall you flee for three months from your enemies with them in hot pursuit? Or shall there be three days of plague in your land? Now decide what I should tell the one who sent me.” 14David said to Gad, “I am very upset! I prefer that we be attacked by the Lord, for his mercy is great; I do not want to be attacked by human hands!” 15So the Lord sent a plague through Israel from the morning until the completion of the appointed time, and 70,000 people died from Dan to Beer Sheba. 16When the angel extended his hand to destroy Jerusalem, the Lord relented from his judgment. He told the angel who was killing the people, “That’s enough! Stop now!” (Now the angel of the Lord was near the threshing floor of Araunah the Jebusite.) 17When he saw the angel who was destroying the people, David said to the Lord, “Look, it is I who have sinned and done this evil thing! As for these sheep—what have they done? Attack me and my family.” 18So Gad went to David that day and told him, “Go up and build an altar for the Lord on the threshing floor of Araunah the Jebusite.” 19So David went up as Gad instructed him to do, according to the Lord’s instructions. 20When Araunah looked out and saw the king and his servants approaching him, he went out and bowed to the king with his face to the ground. 21Araunah said, “Why has my lord the king come to his servant?” David replied, “To buy from you the threshing floor so I can build an altar for the Lord, so that the plague may be removed from the people.” 22Araunah told David, “My lord the king may take whatever he wishes and offer it. Look! Here are oxen for burnt offerings, and threshing sledges and harnesses for wood. 23I, the servant of my lord the king, give it all to the king!” Araunah also told the king, “May the Lord your God show you favor!” 24But the king said to Araunah, “No, I insist on buying it from you! I will not offer to the Lord my God burnt sacrifices that cost me nothing.”So David bought the threshing floor and the oxen for 50 pieces of silver. 25Then David built an altar for the Lord there and offered burnt sacrifices and peace offerings. And the Lord accepted prayers for the land, and the plague was removed from Israel. (NET Bible) 24:1 A psalm of David. The Lord owns the earth and all it contains, the world and all who live in it. 2For he set its foundation upon the seas, and established it upon the ocean currents. 3Who is allowed to ascend the mountain of the Lord? Who may go up to his holy dwelling place? 4The one whose deeds are blameless and whose motives are pure, who does not lie, or make promises with no intention of keeping them. 5Such godly people are rewarded by the Lord, and vindicated by the God who delivers them. 6Such purity characterizes the people who seek his favor, Jacob’s descendants, who pray to him. (Selah) 7Look up, you gates. Rise up, you eternal doors. Then the majestic king will enter. 8Who is this majestic king? The Lord who is strong and mighty. The Lord who is mighty in battle. 9Look up, you gates. Rise up, you eternal doors. Then the majestic king will enter. 10Who is this majestic king? The Lord of Heaven’s Armies. He is the majestic king. (Selah) (NET Bible)